There is a fixed division mechanism of tax revenue and non-tax revenue mentioned under the Constitution of India. There are rules for the collection and ownership of the non-tax revenue. For example: if electricity is supplied by the state government then the service charge for the service rendered is also collected and owned by the state government. Similarly, the administrative charges for issue of passport and visa are collected by the union government as this service is provided by the union government.

Non-tax revenue is the recurring income earned by the government from the non-tax sources. It is less constrained than tax revenue and can be earned only in lieu of services rendered. It is not a compulsory payment like tax revenue. It has some merits as well as demerits as it affects the economic, social and political affairs.

What is non-tax revenue?

The tax revenue is the compulsory payment made to the government by the public. It is charged on the income earned by the individual or entity on the value of the transaction of goods and services.

These services are further categorised under three heads: (a) General services, (b) Economic services and (c) Social services.

The general category include the fee collection in lieu of services provided by the police to other governments, private companies and autonomous bodies, fee collected by public service commission etc.

The economic services include the development receipts. The fee and charges collected from irrigation, mining and quarrying, forestry, roads and bridges and area development etc.

ii. Economic services: The fee and charges collected by the government for rendering services like water supply, gas supply, electricity and transport services, maintenance of cleanliness and hygiene like the collection of garbage from households, maintenance of drainage and sewage etc come under the category of economic services.

iv. Fines: Fines and fees are two different things. The fee is collected in lieu of services provided whereas fine is imposed on person or institution for the violation of rules of good conduct abided by the law. It is imposed to maintain social harmony, law and order. The breaching of traffic rules, smoking in public places, train journey without a ticket, riding motorcycles without helmets, breaking the speed limit are all liable to be fined. The fines imposed on individuals and companies for not paying the taxes, late payment of taxes or other fees are included under this head and further add to the non-tax revenue receipts.

v. Transfer payment: The grants and aids received by the government from the higher level of government, foreign governments, international organisations or donations from any individual or organisation whether in form of cash or kind are known as the transfer payment or unilateral payment. It is made either in case of emergency or for any specific purposes. It does not include the investment grants and capital transfer or any other transfer as they are not current non-tax revenue.

vi. Seigniorage: Seigniorage is the profit made by the government by issuing currency. The profit is the difference between the face value of the money and their production cost. The national government has the sole right to print currency notes and coins. It is one of the important sources of non-tax revenue in the form of profit.

Table 2.Percentage Composition of non-tax revenue of the central government

In Indian the major sources of non tax revenue are similar as mentioned above but are categorised as following:

Table 2 depicts the proportion of various sources of non-tax revenue in India since 1991. The share of interest receipts and dividend and profit receipts was higher among the other sources of the non-tax revenue. The share of the interest rate has increased due to increased interest rates. It has started showing a decline since 2001-02 The decline and major reasons behind this declining trend were the lower interest receipts from the states, due to the termination of the practice of on-lending by the centre to the states and the interest relief granted to the states following the implementation of the debt consolidation and relief facility, as recommended by the Twelfth Finance Commission.

The continuous increase in dividends and profit was mainly due to an increased payout received from the central public sector enterprises. The transfers from the Reserve Bank of India (RBI) are also an important component of the dividend and profits. Transfer from the RBI has increased due to the earnings from the deployment of the foreign currency assets, conversion of the Treasury Bills into marketable securities and discontinuation of the practice of crediting large sums to the National Industrial Credit Long Term Operations Fund.

From 2007–08 onwards, dividends and profit also include proceeds from the sale of spectrum and the exploitation of the offshore oil and gas reserves that further increased its share in the non-tax revenue receipts. The share of economic services and grants and contribution also adds a considerable proportion to the non-tax revenue.

Trends of non-tax revenue in India

The major sources of earning of the government are tax revenue and non-tax revenue. Tax revenue contributes to the major portion of earning of the government in India whereas the earning from non-tax revenue is comparatively lower. The post-reform period is known for the period of opening of Indian economy to the world. The Liberalisation, Privatisation and Globalisation (LPG) policy has changed the structure of the economy. It has affected each and every sector. Compared to the pre-reform period, the absolute amount of revenue receipts has increased from Rs. 2876 cr in 1973-74 to Rs. 192605 cr in 2000-01 and further increased to Rs. 1962761 cr in 2019-20.

The rate of change in revenue receipts has been favourable since the post-reform period but has declined during the global financial crisis of 2008-09. But within a year or two, it has again caught its pace. The rate of change in non-tax revenue was positive till 2010-11 but shown a sharp decline in 2011- 12 and 2016-17 as shown in fig.2 and further increased to Rs. 313179 cr in 2019-20. Whereas the tax revenue increasing continuously and shown a sharp increase from 2010-11 onwards.

Source: Budget document of the Government of India and Finance Accounts (various issues)

Source: document of the Government of India and Finance Accounts (various issues)

Source: document of the Government of India and Finance Accounts (various issues)

Contribution to the GDP

The contribution of revenue receipts to the national income of India is not adequate to meet the total expenditure of the government. The government always tries that its revenue receipts exceed or at least equalise to the total expenditure. But in developing countries like India, it is quite difficult due to the developing nature of the economy. Poverty, inequality, unemployment, poor infrastructure etc increases the expenditure of the government and also reduces the amount of total tax collection compared to the total amount of population. Due to the low income and low living standard, the amount of revenue collected is low.

Whereas the share of non-tax revenue is always lower than the share of tax revenue in the GDP. Fig 3 depicts the trends of non-tax revenue to GDP ratio in India. The graph is showing continuous variation in the ratio. Since 1990-91, it has shown an increasing trend up to 2001-02 and after that, it started declining. A sharp decline is noticed in 2005-06 that has further declined to 0.13 per cent in 2011-12. After that, it has improved but its contribution is comparatively lower than the previous years.

Foreign Aid: Foreign aid grants with conditions. Some of the conditions are favourable for the countries accepting grants or some have bad implications. Foreign grants for the projects like for infrastructural development, for removal of poverty and for improvement of health and hygiene have good economic impacts whereas some of the conditions attached with grants might shift the priorities of the government in accordance with people’s wish to the interest of the donor country or organisations.

Grants from higher authority to lower authority: The misallocation of grants given by the central government to the state government is a frequent phenomenon either due to corruption or improper implementation.

Fines: Fines are imposed for maintaining social harmony and the rules abided by the law. But economist explores that the fines are not optimal fines. It may lead to erosion of the income of an individual. Hence, it should be optimised to reap the benefits of the non-revenue tax.

Fee: It is collected in lieu of the services provided. It is imposed to reduce the over-involvement of the people and also to earn revenue. Sometimes fee collection takes the form of monopoly power and harms the people’s welfare.

Interest, profits and dividends: These are the major sources of non-tax revenue in India. They may act as good supplements of the tax revenue but cannot substitute it.  These elements work under certain limits and for the fulfilment of certain purposes.

Seigniorage: The RBI and national government made huge profit via the printing of notes and coin minting.  Seignorage is largely known to finance the deficit in the government’s fiscal budget. It is also known as a silent tax. It does not reduce the purchasing power of the people but sometimes leads to inflation due to excess supply of money in the market.

The study about the trend and pattern of non-tax revenue in India since the post-reform period reveals the variation in non-tax revenue and its importance for the state government and the central government. The proportion of non-tax revenue in the revenue receipts or trends of non-tax revenue in India has been increasing in absolute value since 1991 but its relative value has shown variations. It has increased from Rs. 11976 cr in 1990-91 to Rs. 245276 cr in 2018- 19 but its relative contribution in GDP has declined from 0.20 per cent in 1990-91 to 0.12 per cent in 2018-19. The reason for this decline is the underperformance of PSUs and rampant corruption. The other reasons are the declined interest rates and the limitations on the dividends and profit received by the government.

The non-tax revenue is very important for the development of the socio-economic infrastructure of the economy. It is a major tool to meet the revenue deficits and for upgradation, maintenance and modernisation of the basic social overheads. It is a source to increase the efficiency of the revenue system. Hence, there is a requirement of policy intervention for the implementation and regulation of non-tax revenue. When the economy shifts from the phase of economic development to economic growth, it leads to stagnation in the amount of tax revenue. In this situation, non-tax revenue can play a major role. 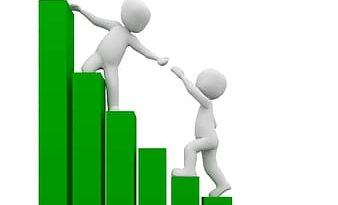 Fiscal Federalism in India; The Resource Allocation between Centre and States