The whole article is divided into an introduction to the budget, its components and types of budget. Budget is a statement of estimated expenditures and receipts of the government for a financial year. It is a detailed plan of all the economic activities of an economy and is generally prepared in the light of past experience. We have a union budget in India, where the various amount of money is allocated to the various sectors. There are two types of account, Revenue account and Capital account. Revenue account includes revenue receipt and revenue expenditure while the capital account includes assets and liabilities of the government.

The terms in the flow chart are explained below-

The term Revenue budgets can be defined as forecasts of an entity’s revenues from sales and the expenditures incurred, including budget-related to capital.

Capital budgeting can be defined as the planning process by the government used to determine the worthiness of long-term investments and projects funding of cash through the firm’s capitalization structure. This includes investments in new machinery, new plants, new products, and research development

Capital Expenditure: The term capital expenditure refers to the funds used by an entity to acquire, upgrade and maintain physical assets such as property, buildings, an industrial plant, technology or equipment.

Outcome Budget: This was first established in 2005-06. This budget comprises of projects and schemes that provide information on outlays of all central organisation and departments. This type of budget is a performance budget of various ministries that handle the various development programs.

Zero-Based Budgeting: This type of budget practising was introduced by Peter Fiere. Each item in the budget is allocated on the basis of merit rather than preference. It is prepared under the assumption that there was a budget in the past.

Gender Budgeting: This was first introduced in 1984 in Australia. In India, gender budgeting was introduced in 2005-06. Its main objective was to mainstream budget based on the gender perspective of all sectoral programs and policies and also to empower women and gender justice.

Theorems of the Elasticity of Demand

Economic Impacts of Taxation: A Discussion 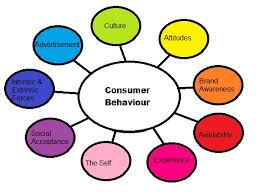 13 thoughts on “An Introduction to the Budget, Its Components and Types of Budget”