E-waste includes all types of electrical and electronic waste that is out of the use or discarded by the owner. It includes unwanted, not working and depreciated electronics and gadgets. For instance mobile phones, computer, speakers, refrigerators, toasters, hairdryers, bulbs, irons and other discarded appliances and equipment.

According to the recent UN report, the world produces 50 million tonnes of electronic and electrical waste (e-waste) annually. The only 20% of e-wastes are formally recycled whereas the remaining 80% is recycled informally or disposed of improperly. It is hazardous for the environment and human health. In India, the annual production of e-waste is more than 2 million tonnes. It also includes the import of undisclosed amount of e-waste from developed nations. Mumbai ranks the first in generating e-waste followed by Delhi, Bangalore, Chennai, Kolkata, Ahmadabad, Hyderabad, Pune, Surat and Nagpur.  Maharashtra, Tamil Nadu and Andhra Pradesh produce a major amount of e-waste compared to other states in India.

The annual composition of e-waste includes 70% of computer devices, 12% from the telecom sector, 8% from the medical equipment and 7% from electric equipment. The government and private sector commutatively generate 75% of it with a 15% share of the household sector per year. According to ASSOCHAM, an industrial body in India, the Compound Annual Growth Rate (CAGR) of electronic waste is 30%. With changing consumer behaviour and rapid economic growth, ASSOCHAM estimates that India will generate 5.2 million tonnes of e-waste by 2020.

Health and environment are suffering

Due to the adoption of improper methods of recycling of e-waste the environment and human health is suffering badly. The informal labourers involved in this process are suffering from many diseases. These include respiratory problems, skin disease, skin cancer, headache, chronic gastric and gastric ulcers. The children suffer from low mental growth due to the high amount of lead and toxic chemicals in their blood. It causes danger for women especially the pregnant one and her unborn child’s life. Many cases are reported where the generations of these workers are affected due to hormone-disrupting effects and genotoxic. The improper dismantling of e-waste, toxic elements like lead, mercury, zinc, cadmium and nickel the residents of the nearby area also got affected. It leads to a high concentration of these toxins in the air, water and soil. It is adversely impacting the health of the environment.

Why does India continue with informal recycling of e-waste despite its darker side?

According to one estimate, the cost of recycling a single computer in the United States is $20 whereas in India it cost only $2 with a net saving of $18. Hence the profit margin is high. 95% of India’s e-waste is processed informally. The first reason is the lack of formal setup for this purpose, the second one is the lack of a strong regulatory framework and the third but not the last is the profitable nature of this business.  The cost of e-waste business is very low whereas the extraction and selling of the recycled materials are very profitable. The e-waste contains valuable and rare materials like gold, silver, palladium, thallium and gallium and hence enhances the profit margin. E-wastes are considered as ‘urban-mines’. This business has employed a very large number of the labour force. It is a source of livelihood of lakhs of households.

But due to some efforts of public and government India has improved its position in the Environment Performance Index that measures the environmental performance of 180 countries. India ranks 177 in 2018 and has improved with 168th rank in 2020. The further improvement requires the adoption of the R3 (reuse, recycle, repair) slogan, the method of proper e-waste disposal and many more by the producers, consumers and the government so that the deprived health of human and environment can be recovered. 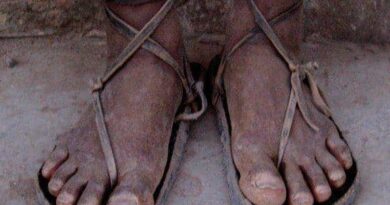 Production for Consumption and Not for Profit 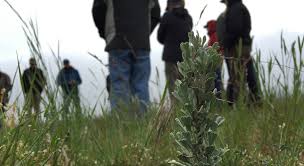